The works were commissioned by Kermandie River Landcare to recognise some of the residents of our river. These are representations of just a few of our residents, who are seen frequently in some cases and less so in others. 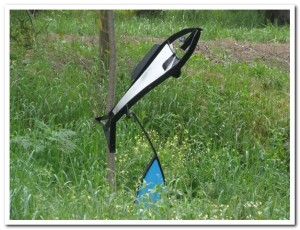 Mountain Salmon. The Kermandie River has resident Brown Trout and also Brook Trout. A fish ladder now exists at the lower end of the River to assist in movement of fish to the sea. The river is healthy and is accessible for fishing. 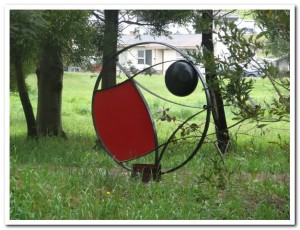 Red Robin. Reasonably common and a native. There are 3 types of Robin; Scarlet, Flame and Red Capped Robin. Fairly prolific in the hills and paddocks around Geeveston. The Robin is the logo of Geeveston’s Kermandie Football Team. 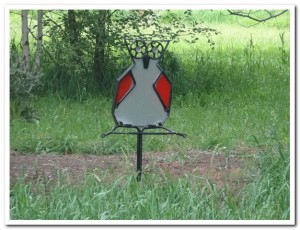 Tawny Owl. Commonly known as the Tawny Frogmouth is seen at dusk and later in the night. Hardly seen and relatively hard to find. 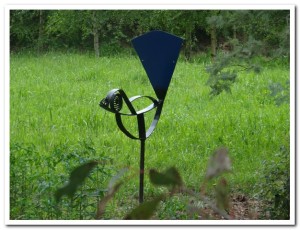 Blue Wren. Commonly known as Beautiful Wren are common in Geeveston and Tasmania. Weighing only a few grams they live in small trees and tea tree and bushes. One of the loveliest birds in our bushland. 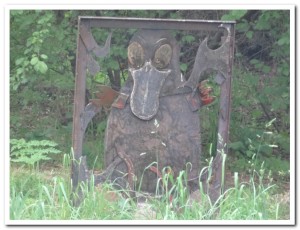 Platypus. Commonly seen by people walking the Platypus Walk. Al the Scrap Art Platypus is watching and maybe watching the watchers. Platypus are not particularly rare but can be hard to find. 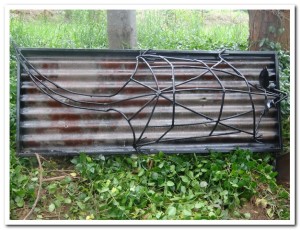 Kermandie Water Rat. This resident is rarely seen but exists in the river and is sighted occasionally at dusk. A tricky little fellow and historically valued for his pelt. Like most Tasmanian Native Animals he is protected these days.

Kermandie River Landcare are caretakers of the river and carried out the major rehabilitation from 1997-2002.